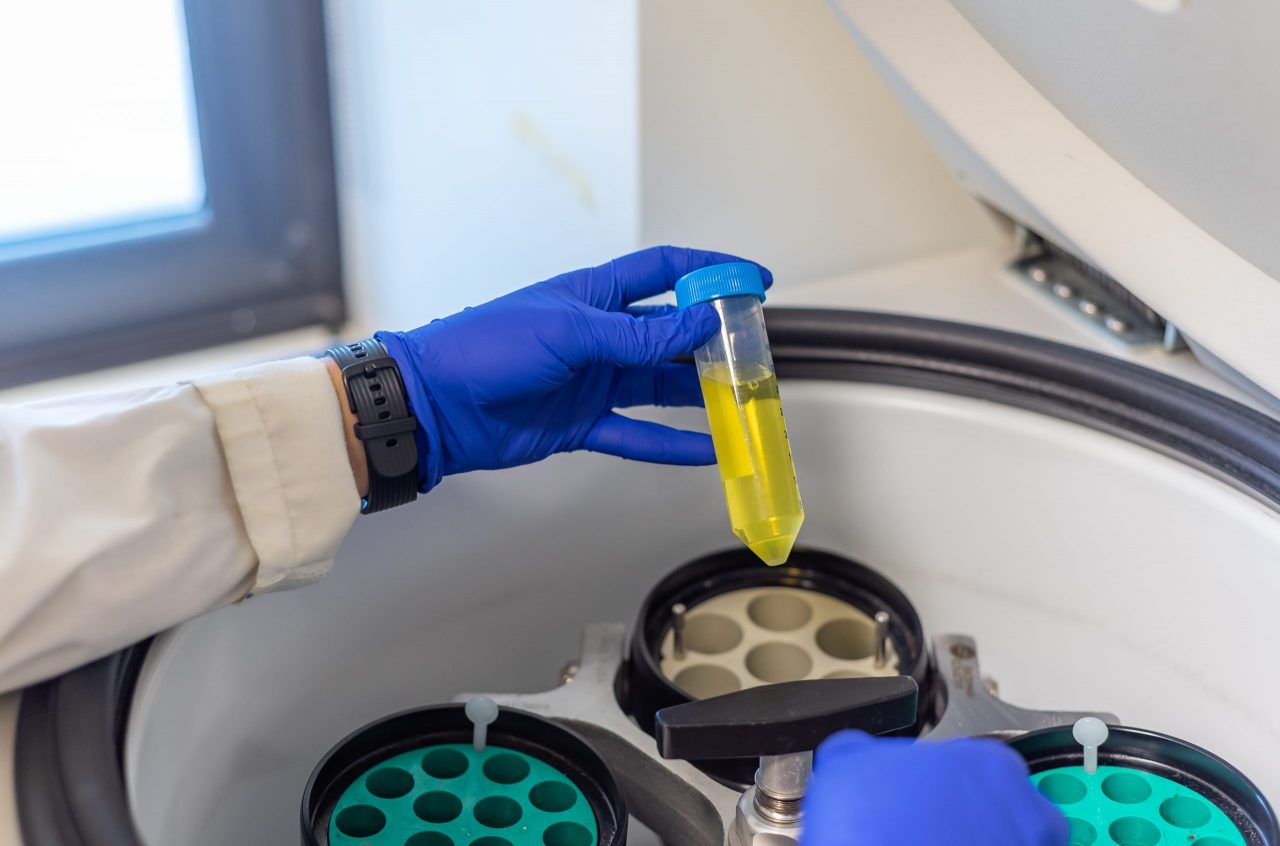 Centrifugation is a mechanism for separating mixtures (in particular, those made up of solids and liquids of different densities) through their exposure to a rotating force of a certain intensity. Centrifugal force causes objects to move away from the center as they rotate. It is the same used by a centrifuge, an instrument capable of generating centrifugal force, to separate mixtures in a laboratory.

Centrifugation works by pushing the densest components of the mixture towards the point furthest from the axis of rotation and leaving the least dense at the closest point. This technique is in daily use by chemists, biologists, and other scientists. In other words, centrifugation forces the mixture to undergo a rotary movement with a force of greater intensity than the gravitational force, causing the solid or particles of higher density to settle.

This is one of the principles on which density is based: all particles, because they have mass, are affected by any force. Centrifugation imposes, thanks to centrifugal acceleration, an effect similar to gravitational. The particles experience an acceleration that forces them to settle.

Centrifugation is used in numerous cases of scientific study, especially of the basic substances of organic matter. Through specialized processes of centrifugation of substances such as blood or human cells, plasma, platelet concentrates, intracellular organelles and even DNA can be separated.

Other simple examples are the washing machine, which uses centrifugal force to, after mixing the water, soap and clothes, dry them, eliminating the water through the holes in the drum, thanks to the centrifugal force; or the machines of the dairy industry that extract from the milk the portions of fat that we must extract to obtain skim milk and to make whey, cream and other products.

There are four types of centrifugation:

How does a centrifuge work?

The centrifuge is an equipment that separates particles from a homogeneous solution by means of a rotational movement and a centrifugal acceleration, causing the sedimentation of its components. The physical basis of the separation is the action of the centrifugal force on the rotating particles, which increases with the radius of the rotational field and with the speed of rotation. The sedimentation rate is determined by the density of the particles. The dense particles settle first, followed by the lighter particles. Depending on the existing conditions, very light particles can even remain in suspension.

Are there several types of centrifuges?

The type of centrifuge is determined by the value of the Relative Centrifugal Force, which is the force required for the separation of the particles to take place. Depending on the range of rotation speed there are several types of centrifuges:

At Kalstein we offer you the most modern centrifuges. That is why we invite you to take a look at our equipment available at the “Products” menu.HERE

previousThe Microscope and its evolution

nextWhat is a hematocrit centrifuge?