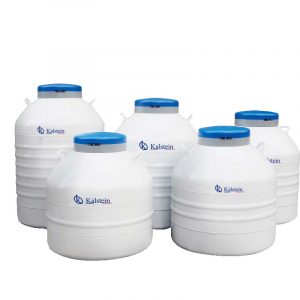 Fires are undoubtedly one of the least desired events, because of the risk it poses to life and the material good to which it destroys. Therefore, it is always advisable to have in a visible place and at hand an extinguisher, which allows to extinguish the fire before it spreads. Extinction occurs if one of the components supporting the chemical reaction that sustains the flame is removed:

In this sense, fire extinguishers are designed to quickly supply a constant flow of a substance that can interrupt one of the four components mentioned above. In general, there are different types of fires for which a specific fire extinguisher can be used: for example, it is not the same to extinguish a burnt oil in a fryer as an electronic equipment. Therefore, it will be briefly described what the fire extinguishers are and how nitrogen is important in their operation.

What are fire extinguishers?

Fire extinguishers are the most appropriate means of responding to a fire outbreak and their effective use can, in many cases, prevent the spread of fire and, consequently, most fires. There are several types of fire extinguishers that meet the following criteria:

How are fire extinguishers made up?

To indicate the importance of liquid nitrogen in fire extinguishers, the composition of an extinguisher should be described. The most obvious of these devices is the red cylinder found in houses, buildings and vehicles. These cylinders have safety features attached to them so that the contents do not empty incidentally; they also have a hose or nozzle to guide the flow of the extinguishing agent, and in some a small external pressurization tank is observed that propels the extinguishing agent (others have it inside). The other components you want to comment on are:

Can nitrogen be used to extinguish fire?

The so-called inert gas penetrates quickly into the flooded area, thus ensuring complete protection of the interior. Nitrogen is non-toxic, contained in 78% of the air we breathe, and is the most well-known and safe inert gas for humans. Therefore, it is especially suitable for protecting rooms in which many people enter and leave. As a fire extinguisher, nitrogen is compressed and stored as a gas in high-pressure steel cylinders.

Why use Kalstein nitrogen tanks?

Nitrogen tanks have a key application, which is to keep liquid nitrogen in proper conditions until use. In this case, the nitrogen tanks of the manufacturer Kalstein, which can be consulted in the following link HERE allow to store the nitrogen to be incorporated in the fire extinguishers when they are charged. These tanks, besides being lightweight and resistant because of the aluminum from which they are made, are efficient in thermal insulation, which makes leakage losses minimal. In the previous link, or in the company’s main https://www.kalstein.pk/, you can consult price, quote or make purchase, or know all the technical specifications you need.

previousWhat are the advantages of the homogenizer?

nextWhy is it important to use the microscope in veterinary medicine?