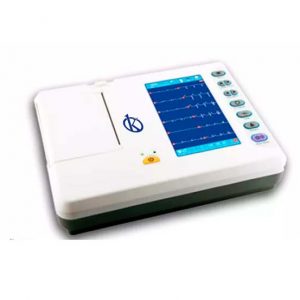 Cardiac arrhythmia is an irregular heartbeat, the most common causes are cardiac disorders; in particular, coronary artery disease, valvular disorders, heart failure or genetic defects. These cause various symptoms such as chest pain, palpitations, light-headedness, syncope, or loss of consciousness. However, they may go unnoticed and become detectable when screening tests are done. Sometimes people may be aware of this abnormality, but sometimes only the consequences are felt.

Heart rhythm problems, such as arrhythmias, occur when electrical impulses coordinated by the heart do not function properly. Poor signaling causes the heart to beat rapidly (tachycardia), to slow (bradycardia or bradyarrhythmias), and irregularly to circulate through an abnormal electrical pathway (premature or extra-systolic beats).

Cardiac arrhythmias usually arise from causes such as alterations in the electrical conduction lines, inadequate generation of the electrical impulse either because it did not occur at the regular frequency or was generated at the wrong site. These are classified:

Electrocardiogram as a diagnostic test for cardiac arrhythmia

The electrocardiogram is a scanning technique from which a graph (strips of millimeter paper) of the heart’s electrical activity as a function of time is obtained. It is routinely used for initial and wide-ranging diagnosis of cardiovascular disorders. This study allows to determine the growth of the heart chambers and alterations of the electrical rhythm.

Importance of the electrocardiograph for the diagnosis of cardiac arrhythmias

An electrocardiogram is needed to do an electrocardiogram. It is an instrument that captures, records and amplifies the differences in potential resulting from depolarization and repolarization of the electrical activity of the heart, through electrode patches placed in six precordial positions and in the extremities.

The electrocardiograph is the clinical diagnostic equipment by preference for special analysis of cardiology, since it allows recording the heart rate. It works electronically and serves primarily to detect any heart failure. Different abnormalities, especially abnormal heart rhythms or arrhythmias, may be seen on an electrocardiogram. There are several types of electrocardiographs including:

How is an electrocardiogram performed?

Usually, people lie on a stretcher horizontally. The technician places a total of ten electrode patches on the chest in the so-called precordial region and sometimes on the arms and legs in the four limb shunts. Each one allows one to obtain a different electrocardiographic vision. The electrodes are connected to a computer that displays the results of cardiac activity on the monitor, which can also be printed on paper. The procedure can take one to three minutes.

At KALSTEIN we are MANUFACTURERS and we offer you different types of electrocardiographic units. If you are interested in knowing our products, the PRICES for BUY or SALE visit our website HERE

previousUse of the Oxygen Meter in the Brewing Industry

nextDetection of arteriosclerosis with the use of the electrocardiograph